Rajendra Kumar Pachauri (20 August 1940 – 13 February 2020), universally known as Patchy, was the First Director General of The Energy and Resources Institute (TERI) in 1981 and led the institute for more than three decades and demitted office as Executive Vice Chairman of TERI in 2016. As the Chairman of IPCC, his leadership contributed to the issue of human-caused climate change becoming recognized as a matter of vital global concern. For this, in 2007, he received the Nobel Peace Prize on behalf of the Intergovernmental Panel on Climate Change (IPCC).

If Darbari Seth was the Founder of TERI, Dr. Pachauri was the builder of TERI. Under the leadership of Dr. Pachauri, TERI’s portfolio of work expanded into new research areas and channels of outreach in the field of energy, economy and environment supported by independent funding agencies, bilateral and multilateral donors and government bodies. TERI was the first organization in the developing world to voice the issue of Climate Change.

From being a small floating fledgling, TERI shifted to its own office in the India Habitat Centre in 1994. By this time, TERI had expanded to fundamental research, advocacy, education programs and technological generation. A full-fledged bio-technology and biomass technology-oriented lab was opened in a new 85 acres campus at Gwal Pahari after completely converting a degraded land to a plush green facility with solar, wind and renewable energy applications for meeting the power needs of the campus. The facility is also marked by two cricket and golf fields to enthuse a sports culture and passion amongst researchers, scientists, and practitioners. This was inspired by Dr. Pachauri’s avid fervor for sports, education and culture to promote sustainability in the society.

Between April 2002 and February 2015, Dr. Pachauri served as the Chairman of the IPCC, established by the World Meteorological Organization and the United Nations Environment Program in 1988. In 2007, he received the Nobel Peace Prize on behalf of IPCC, along with former U.S. Vice President Al Gore. The 2007 Nobel Prize recognized IPCC for its “efforts to build up and disseminate greater knowledge about man-made climate change, and to lay the foundations for the measures that are needed to counteract such change.” At the Nobel Peace Prize Awards ceremony in Oslo, Norway, Dr. Pachauri referenced his belief to the Hindu philosophy of 'Vasudhaiva Kutumbakam', which means 'the whole universe is one family' in the context of international efforts to protect the global commons.

Dr. Pachauri’s untiring perseverance led to creation of initiatives and institutions that are unique and looked up by all in the sustainability space. TERI as an institution bloomed under his leadership and grew with global, impactful projects delivered through a family like team of 1000+ employees. Further, other institutions such as the TERI University were developed, that are grooming our next generation of scientists to take make a difference. Initiatives like the World Sustainable Development Summit, Lighting a billion lives amongst others still continue to have a strong impact across.

The TERI RK Pachauri Archives is prepared to document the life and work of Dr. Pachauri in the hope that this will inspire TERI colleagues, researchers and generations of leaders who want to further the cause of sustainable development and climate action. 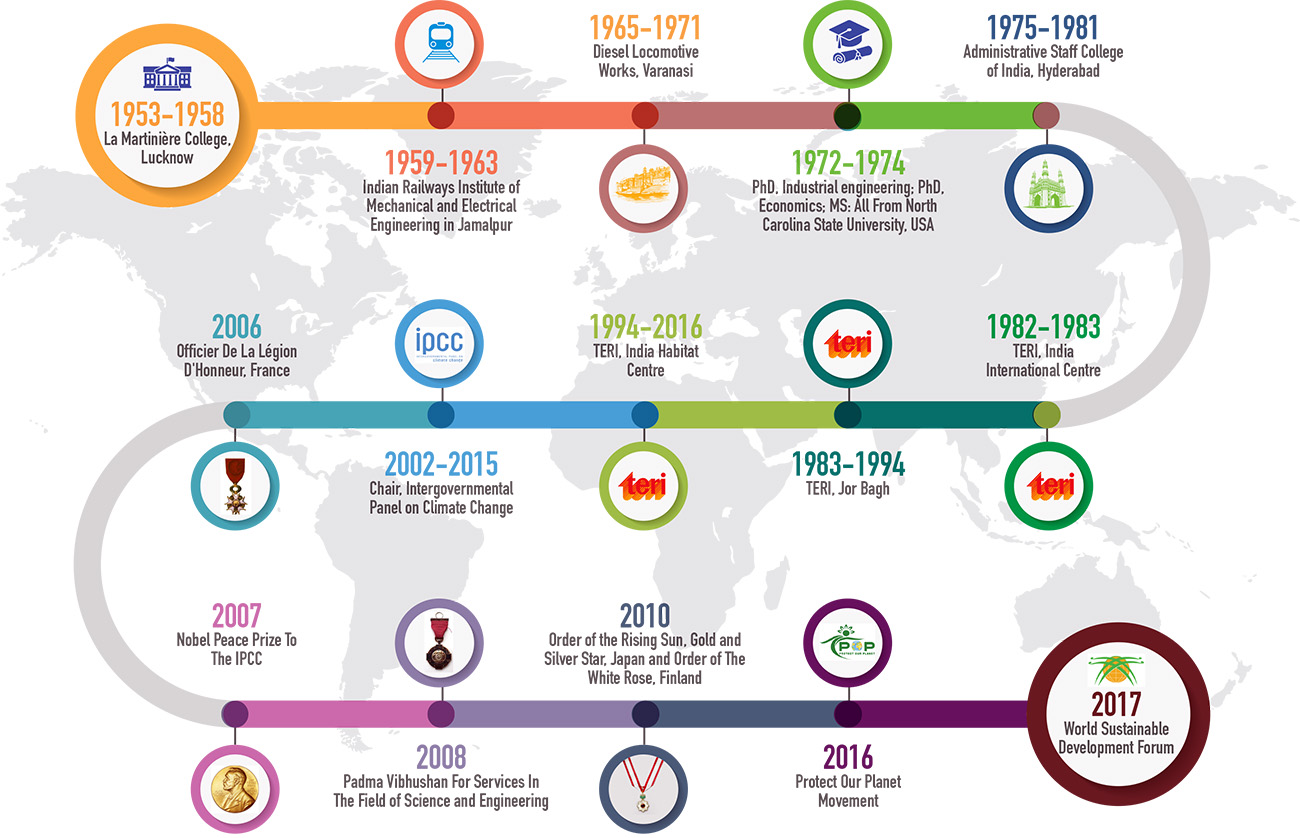